Xi Warns China To Prepare For Difficulties From Trade War

in World May 23, 2019 Comments Off on Xi Warns China To Prepare For Difficulties From Trade War 424 Views 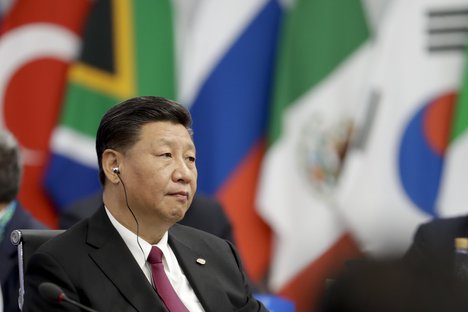 Chinese President Xi Jinping said Beijing needed to make preparations for difficult times as it faces an uncertain international trade situation in the future on Wednesday in comments carried by state media. China and the United States have been locked in an escalated tariff war, with each targeting one another’s imported goods after talks broke down to resolve the dispute between Xi and American President Donald Trump. The tensions came to a head last week as Reuters reported the Trump administration blacklisted Chinese telecom giant Huawei Technologies, which curbs the company’s access to U.S.-made components and could be a devastating …read more

2019-05-23
Nation - Google News
Previous: Measles Is Now Officially In Half The United States
Next: US Disappointed Ex-Mozambique Finance Chief Won’t Face US Trial

Coronavirus: US suspends travel from Brazil for foreigners – BBC News