in World May 23, 2019 Comments Off on US Navy Sends Two Ships Through Taiwan Strait 778 Views 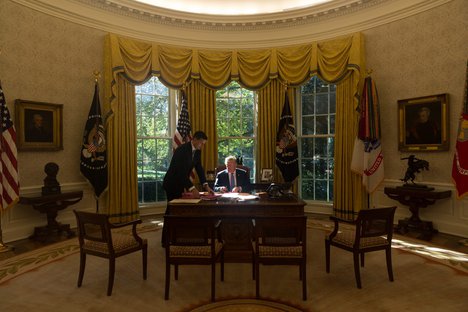 The United States military said it dispatched two Navy ships through the Taiwan Strait on Wednesday, according to News Corp Australia. The move will likely anger Beijing, at a time of already heightened tensions between the two major global powers due to an ongoing trade war between China and the United States. Taiwan has become a flashpoint for the Beijing-Washington relationship as China continues to claim ownership of the South China Sea. Washington has continued freedom-of-navigation patrols in spite of Beijing’s objections so Wednesday’s voyage will likely be viewed as a show of support from self-ruled Taiwan from the Trump …read more

Coronavirus: US suspends travel from Brazil for foreigners – BBC News