in World May 22, 2019 Comments Off on U.S. Repatriates Family From Syrian Camp For ISIS Suspects 325 Views 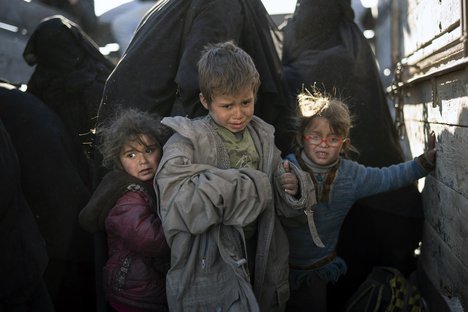 An American family has been removed from a Syrian detention center for suspected Islamic State members and returned to the United States, The Guardian reports. The move could have implications for hundreds of children born to non-Syrians who have been in legal limbo since the disintegration of the terror group. The family of four was taken from al-Roj camp in the country’s north-east over the weekend, sources inside the camp have confirmed to the Guardian. They are believed to be U.S. citizens of Cambodian ancestry and to include children born under ISIS rule. Another American, Hoda Muthana, an alleged Isis …read more