Measles Is Now Officially In Half The United States

in World May 23, 2019 Comments Off on Measles Is Now Officially In Half The United States 208 Views 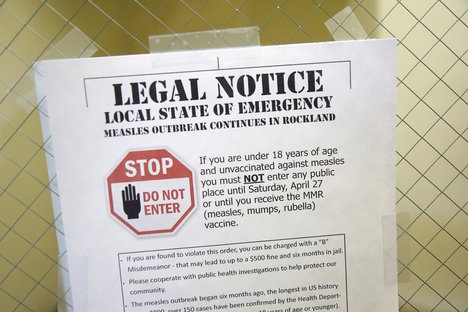 Maine became the 25th state in the United States to have a confirmed case of measles on Wednesday, according to The Hill. A state official said a child was infected but is now fully recovered as the country fights the worst outbreak of the disease in a quarter century. The child’s measles case was confirmed on Monday in Somerset County and was vaccinated so they had no complications during the course of treatment for the disease, according to Maine’s Center For Disease Control and Prevention. Measles has continued to spread across the U.S. with 41 new cases announced this week …read more

PS5 news: PlayStation 5 could get its own Amazon Alexa-style AI – Tom’s Guide

Trump in India: A brief history of US presidents’ trips – BBC News