Duterte Orders Ships To Send Garbage Back To Canada

in World May 22, 2019 Comments Off on Duterte Orders Ships To Send Garbage Back To Canada 213 Views 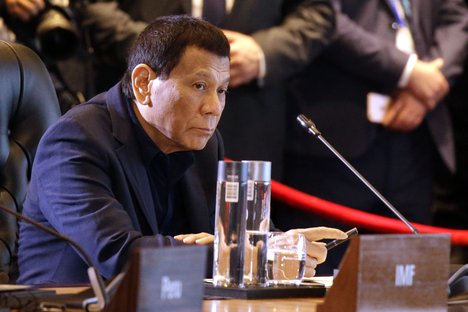 Hours after President Rodrigo Duterte ordered Canada to take back its garbage, Environment Minister Catherine McKenna announced a plan to bring the rotting trash back to Canadian soil by the end of June, according to Global News. McKenna said Ottawa awarded a contract to Bolloree Logistics Canada to return 69 containers filled with household waste and electronic garbage out of the 103 containers sent by a private Canadain company to the Philippines which was incorrectly labeled as plastics for recycling in 2013 and 2014. There has been a brewing diplomatic crisis over the future of the tons of …read more

PS5 news: PlayStation 5 could get its own Amazon Alexa-style AI – Tom’s Guide

Trump in India: A brief history of US presidents’ trips – BBC News