in World May 23, 2019 Comments Off on CBP Shuts Down Border Facility After Teen Migrant Death 437 Views 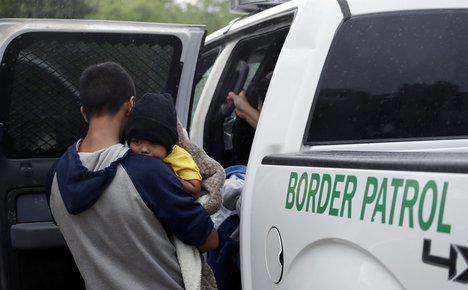 Customs and Border Protection temporarily suspended intake at the largest migrant processing center in Texas on Wednesday as the United States agency fights an outbreak of “a flu-related illness,” according to National Public Radio. McAllen Central Processing Center in southern Texas is also where a 16-year-old Guatemalan boy became ill last week before he was transferred to another Border Patrol station and died. A CBP spokesman said 32 individuals tested positive for influenza at McAllen and were all provided treatment either on site or in local hospitals “as appropriate.” A number of migrants complained of high fevers and other “flu-related” …read more

Tear gas was not used to clear protesters for Trump’s: US Park Police – Fox News