Catch up on the most important news from today in two minutes or less.

Chop and spend: The many ways the federal government’s budget is different than yours – USA TODAY

Carter McCoy February 10, 2020 World Comments Off on Chop and spend: The many ways the federal government’s budget is different than yours – USA TODAY 13 Views

On this episode of Healthy Living, we take a look at organ donation. Samantha Nicholls, Executive Director of the Organ Donor Foundation South Africa, talks to us about the challenges of organ donations in South Africa. Also, new procedures are making it safer and easier for living donors to donate their livers. Finally, is it asthma, or another disease? Researchers have found that acid reflux disease can have the same symptoms as asthma. These stories and more on Healthy Living this week. S1 E29

International Students Could Face New Restrictions in US

Carter McCoy February 10, 2020 U.S. Comments Off on International Students Could Face New Restrictions in US 18 Views

A new restriction from the Trump administration expected to be published this month will require students to seek new approval at each stage of their academic life in the United States.

The guidance, first reported by Forbes, would limit international students’ stay in the U.S.

What is the new rule and who will it affect?

The new guideline establishes a “maximum period of authorized stay” for students and requires students to gain new permission every time there is a transition in their plans. If a student’s academic career takes longer than expected, they would also undergo the same process as those who are going from undergraduate to graduate programs.

The rule is expected to affect student visas F1, F2, M1 and M2 with a February 2020 target publishing date.

What is the government’s reasoning behind the proposed rule?

Where are international students coming from?

What is the difference between F1 and M1?

Both visas are for students. But F1 is for those attending an academic program or seeking a full-time degree at an institution approved by U.S. Immigration and Customs Enforcement (USCIS) in agreement with the Student and Exchange Visitor Information System (SEVIS). F2 visa holders are dependents of F1 visa holders.

M1 visa is for those enrolled in vocational studies such as language programs, cosmetology schools, and mechanical studies, among others. According to USCIS, the M1 visa and its dependent (M2 visa) is valid for only one year, but students can apply for extensions for up to three years.

Will students have to go back to their country and go through the visa process all over again if they want to come back to the U.S.?

“At this point, we do not know what the final rule will include,” according to the DHS spokesperson.

What is the current regulation?

How many people hold student visas in the U.S.?

Though DHS has not released numbers for 2019 and 2020, VOA Student U reported that more international students come to the U.S. from around the world for higher education than any other purpose. However, for the second year after decades of growth, those metrics show stagnation and steep declines from some countries.

What Fictional Pandemics Can Teach Us About Real-World Survival

Carter McCoy February 10, 2020 Entertainment Comments Off on What Fictional Pandemics Can Teach Us About Real-World Survival 19 Views 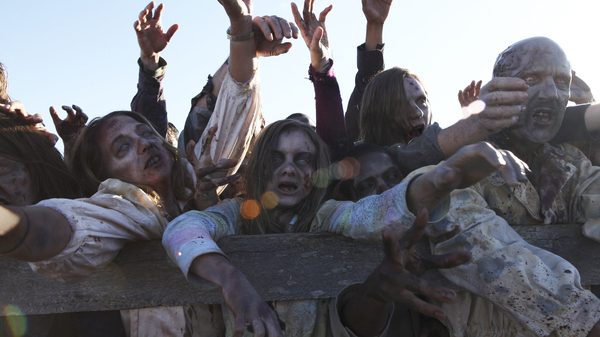 People have been telling stories about pandemics for thousands of years — once, they were tales of divine retribution, but today they’re often rooted in current events like the coronavirus outbreak.